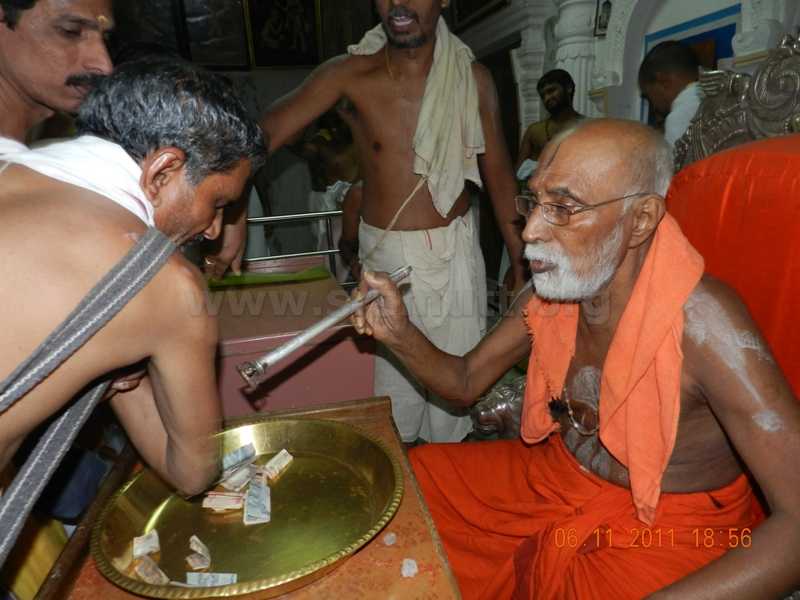 Diksha is a ceremony of initiation and the entering of a religious order (sampradaya). How diksha is performed varies with the religious order, but in general it involves a initiating guru giving a mantra to a student and having the student agree to follow a certain religious practice and perhaps even accept a certain set of beliefs. In some religious orders diksha even involves the branding and the giving of a new name to the student. A religious order that focuses on Vishnu, for example, may brand a student with the symbols of Vishnu on the upper arms of the student. Hinduism does not have any formal ceremony of conversion, but if we wanted to find some ceremony that comes closest to a conversion ceremony, the diksha ceremony is the one. For a detailed example of how diksha is performed in a Vaishnava sampradaya, see the article Pancha Samskara, The Process of Initiation.