The relationship between Hinduism and science is not easy to describe. Since Hinduism has no centralized ecclesiastical authority, no “church” as it were, it is impossible to get an official position on science or any other issue. In the case of Christianity one can get the official Roman Catholic position on science, and similarly one can get official Lutheran or Baptist positions on evolution, on capital punishment, abortion, birth control, and so on, but this is not the case with Hinduism. Individual Hindu groups (sampradayas) may have official positions determined by a guru, but in general, there are no large organizations that speak for major segments of the tradition. Consequently, we can only address the relationship between Hinduism and science in the most general of terms.

What we can say, is that Hinduism, like Christianity, Judaism and Islam is a metaphysical system. Science, on the other hand, is non metaphysical and so accepts no divine or “outside the system” source. In this way, Hinduism stands along side the major theologies of the world in its relation to science. That Hinduism has a polytheistic side, unlike Judaism, Christianity and Islam, matters little when it comes to the issue of science. The key point is that Hinduism is a metaphysical tradition, whereas science is not. 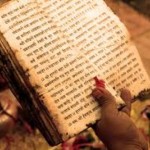 In many ways the relationship between science and religion can be determined by how the members of a particular religion view scripture. And as might be expected, within Hinduism, there are conservative Hindu views, modern liberal views and everything in between. Conservative Hindus accept the Vedas as the direct revelation of God and therefore inerrant. Whatever is stated in the Vedas, even if it is contrary to reason, sense perception and modern science, must be accepted. This is religious fundamentalism. On the other hand, there are Hindus who admit the Vedas contain much that is spiritual, yet they also think the Vedas are not infallible and so those parts of the Vedas that contradict reason or science can be rejected. This is religious liberalism, and it involves a high degree of rationalism and secularization. And finally there are Hindus, the mass majority of whom, accept the Vedas contain divine revelation, but think such revelation is not free of errors because the Vedas have been written and interpreted by human beings who are flawed and conditioned by their place history. Consequently, those parts of the Vedas that seem out of step with reason and proven science are not to be rejected, but must be reinterpreted in a way that conforms to reason and, ultimately, science. All three of these approaches fall within the realm of what, in theology, is called hermeneutics or the interpretation of sacred writings. Indeed, all religions have adherents who subscribe to one of these basic modes of scriptural interpretation and therefore their views towards science follows one of these three general modes. 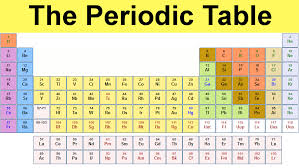 Here is an example of how an important Hindu scripture, the Bhagavad Gita, might regard modern science. There is a chapter of the Gita entitled, Saankhya Yoga. The word “sankhya” means “counting,” “enumeration,” or “analysis.” In the Gita there is a simple form of “analysis” that classifies matter into eight constituent elements: earth, water, fire, air, space, mind, intelligence and ego. This is essentially a periodic table and an excellent example of early science or what used to be called natural philosophy. Even before the Gita, Hindu thinkers had taken this theme of “counting” and developed it into one of the six traditional philosophies of ancient India called Saankhya. From the perspective of Bhagavad Gita, it is fair to say that modern science is simply a highly detailed analysis of matter and so, in this sense, there is no conflict between the Gita and science. Modern science is simply more of what ancient Hindu thinkers had been doing for millennia, but where the Gita would disagree with modern science is that modern science does not go far enough in its analysis of reality. Vedic “science” is not simply about the mere analysis of matter, but it also includes the analysis soul and God. In other words, it includes metaphysical reality as well as physical reality. The sankhya of the Gita, therefore includes an analysis of physical reality as well as a spiritual reality. At present, modern science only accepts physical reality as its domain of study, but the call from the Gita is that ordinary science should also explore the metaphysical dimensions of life and so become a complete form of sankhya. But an objection can be made that science does not need to include such metaphysical issues as the soul and God because philosophy and theology already do this. I think the answer from the Gita would be that physical reality and spiritual reality are ultimately inseparable, and therefore, any study of one that omits the presence of the other will create a false or incomplete body of knowledge. Therefore even such non physical sciences as psychology, biology, or the medical sciences must include at least the premise that at the heart of reality there is a spiritual foundation, and even though we may not be equipped to see it at this point, it is there nonetheless and must be accounted for. 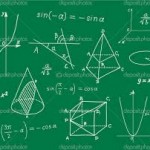 This simple example illustrates how, from a Hindu perspective, religion and science are related, but of course, most modern scientists, at present, would be hard pressed to include metaphysics within their scientific perspective and methodology. From a Hindu perspective, modern science is a legitimate, but incomplete, step towards knowing and understanding reality. From a modern scientific perspective, Hinduism goes too far in its assumption of what constitutes the foundations of reality and the means of knowing this reality. The relationship between Hinduism and science is, therefore, mixed. On the one hand, the basic approach of science can be accepted, but when it comes to the acceptance of metaphysical elements of reality the Gita and the Vedas embrace these principles as essential to the pursuit of truth. Current science cannot. 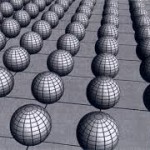 Consequently it is fair to say that the Hindu view of science is not that it is wrong, but that it only offers a limited view of reality. Until science is able to open itself to the exploration of metaphysical reality, it will remain incapable of understanding the full nature of reality. In general, the middle and liberal sides of Hinduism are favorable and open to science. The conservative sides of Hinduism, however, will remain closed to science. Interestingly, I see the gradual acceptance of a metaphysical view of reality by modern science an increasing possibility as more work is done in “cutting edge” areas of research like quantum mechanics, particle and string theories, cosmology and other areas that seems to point to answers that go beyond the common mechanistic view of the universe. It will be exciting to watch and see where these new theories lead.

There is another relationship between science and religion that is current, but which, in my opinion, is a wrong attempt to link Hinduism and modern science. This is the attempt to read into the Rig Veda and other Hindu religious texts allegorical renderings that contain so called secret or vague references to modern ideas such as particle theory or quantum mechanics. I have seen interpretations by modern Hindus that attempt to show how modern particle theory was known at the time of the Rig Veda, and how this knowledge was secretly inserted into the text of the Vedas. I have seen attempts by modern Hindus to rationalize and reinterpret Puranic cosmology, which holds a geocentric view of the universe and describes the sun as closer to the earth than the moon, to name just a few differences, in terms of modern astronomy. As we have mentioned, from a Hindu perspective, there is no problem in exploring the possible religious implications of quantum mechanics, string theory or any other modern scientific theory that may open the way for modern science to explore a metaphysical view of the universe, but to read such theories back into the pages of the Vedas in order to justify faith or with so called Hindu nationalistic (Hindu-tva) motivations is not science at all. I caution my readers to be aware of such extreme reinterpretations of sacred writing.