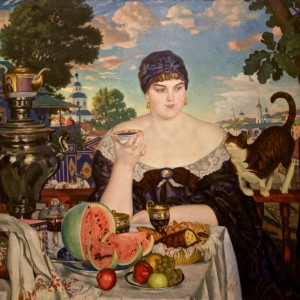 Think of fasting as a “holiday” for the senses, a chance for the body to cool down from the constant bombardment of sensual simulation and a chance for it to slow down and catch its breath. Fasting is a kind of austerity (tapas), and like all austerities involves the voluntary stopping of contact between the senses and their sense objects. This may seem like an unusual way to think of fasting, but the fact is our body is composed of many sense organs (more than just five according to Hinduism) that each has a corresponding sense object. The ear, for example, interacts with sound, the eye with light, the tongue with taste, and even the stomach, which is considered a sense organ, with food, and so on. When contact between the sense organs and their objects occurs there is sensual stimulation which then sends an impulse to the brain which interprets the impulse as pleasure or pain, hot or cold, hard or soft, etc. In this way, our senses are sending a steady stream of sensual data to our brains. By voluntarily avoiding contact between the senses and their sense objects we are stopping, or at least decreasing, the amount of input to our brains. Tapas is the process of limiting sensual stimulation to our brains and giving our brains a period of rest. This is why fasting is a kind of holiday for, not just the senses, the whole digestive system and the total body. In the modern world we are confronted with an unending stream of sensual stimulation coming from all sources and so a certain amount of austerity is a good thing because it allows our over-heated systems to “cool down” and rest. It recommend that when one fasts one should take a real holiday away from the world and not try to go on with life as usual. Take the day off and rest if you are going to fast. Try not speaking for the day as well. The effects of not speaking will really astound you!

There are all varieties of fasting. Some fasting avoids all foods and even water. Then there is water only fasting or juice only fasting. Some fasting is partial, which could mean no heavy foods like meat, beans or grains. Then there are half day fasts or fasting that just avoids salt. If you understand the concept of fasting as described above you can decide what degree of fasting suits your situation. Hindu scripture suggest certain days of the week, month or even year for fasting. In particular many Hindus fast twice a month on the ekadashi, the 11th day of the waning and waxing moon. The Nava Ratris are also a good time for fasting. Some people fast every Monday. There is no end to the variation, but in general it is good to take a holiday every once in a while.