In terms of its religious development there are now two basic theories that attempt to explain how Hinduism first developed within India, and they both draw on the famous ekam sat viprah bahudha vadanti verse for their effectiveness. One suggests that at some time towards the end of the Indus Valley Civilization (circa 1700 BCE) a nomadic people called the Aryans moved into northern India from the steppes of  Asia Minor. This is called the “Indo-Aryan Migration Theory” and it was first posited after the relationship between Sanskrit, Greek and Latin was discovered along with other archeological evidence emerged in the late 18th century. According to this view, these Aryans mixed with the indigenous Dravidian and other peoples of the Indian sub-continent and in time the Aryan religious stream combined with the indigenous streams to become what today we call Hinduism.

The other theory suggests that Hinduism emerged out of India itself. This is the “Out of India Theory” and it says that Aryan culture is a development from the Indus valley civilization and not one introduced by outside invaders or migrants. It says that the religious development of Hinduism has been wholly indigenous. It also suggests that the linguistic similarities between Sanskrit, Greek and Latin are the result of Aryan migrations in the opposite direction, out of India and into Europe. Aryan tribes from within India spread throughout Europe bringing their culture, language and religion. Passages from the Mahabharata and other Hindu texts are quoted in support of this theory. 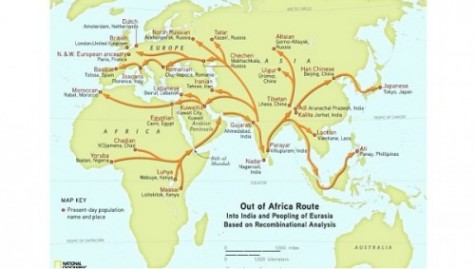 Whether the Aryans came from outside the subcontinent or whether Aryan culture developed within India, matters little for our purposes. Hinduism should be regarded as a development of at least 3,000 years of Aryan culture working within the Indian subcontinent according to the rule of ekam sat viprah bahudha vadanti. The unifying force of this sublime verse is what has created the Hinduism of today.