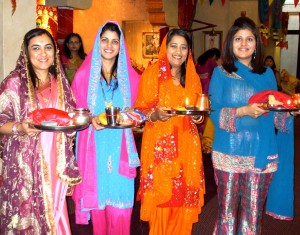 As I prepare this small volume, I do so from two perspectives: from one who has studied and teaches Hinduism academically, and as a priest who ministers to the needs of people. In university, I learned Sanskrit and read the ancient texts of Hinduism. It was the Hinduism of a thousand years ago, but now, as a priest, I experience Hindu religious life from a radically different perspective. Daily, I see the elderly who were born in India and hardly speak a word of English and who only came to the West in their senior years to be with their children who have immigrated here. This is a Hinduism that is completely foreign to the West. I also see their children who have come here as the first generation, and who have established businesses and started families. This is a Hinduism based on what is practical, designed to support the need to make money and live in the West. It is also a Hinduism that reflects the distinct traditions of all regions of India. Now I am even seeing the Western-born children of this first generation. This is the second generation raised on computers, pizza, Western sports and “fast-food” culture. Theirs’ is a Hinduism that has yet to take formal shape, and one that is struggling to find an identity in the matrix of Western culture. Moreover, I see large numbers of non-Hindus who have become interested in Hinduism, having come into contact with these immigrant Hindus and their children through marriage, business or friendships, and I see students and other interested parties coming to our temples out of curiosity or looking for spiritual nourishment. I have, therefore, the fortune of dealing with a large multi-lingual and multi-ethnic base of Hindus and non-Hindus who are striving to establish various degrees of Hindu culture in the West. I have prepared this volume primarily to help the last two groups, the Western-born generation of Indo-Westerners and the emerging Western community, who is interested in Hinduism and our Hindu religious traditions.

I have before me four primers, all of which are acceptable as an introduction to Hinduism and which could easily satisfy the needs of most readers. So why create another introduction to Hinduism? In preparing this Hindu primer I have three specific purposes. First, to provide our readers with a methodology by which to understand religion in general; and therefore, a means to understand this most ancient of all religious traditions. It is not enough to simply tell our readers that we worship many Gods, celebrate certain festivals, fast on certain days or ring bells, as most primers do, but to explain why these things have been done for generations in India and why we may want to continue to do these things in the West, or why we may not want to continue these traditions. Second, I want to help smooth out the process of defining what it means to be Hindu in the West, given the conditions of modernity. To be religious 2500 years ago, 500 years ago, or even 50 years ago in any tradition is not the same as what it means to be religious today. Religion exists in the here and now, and although Hinduism is the most ancient of the world’s living religious traditions, it is still a child in the West, particularly in America. This creates many challenges because there are few long-standing models to follow, which means that all practitioners of this great tradition in the West are pioneers. Finally, and most important of all, this primer attempts to explain how the reader can participate in this tradition and at the same time prosper in a modern society. For every Hindu living in the modern world, a great marriage must take place; namely, the bringing together of the best of modernity with the best of the ancient traditions of Hinduism. This book is intended to facilitate this great marriage.