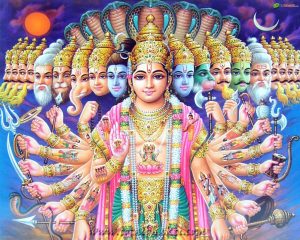 Astrology is a vast subject that cannot possibly be covered in this primer. However, it is possible to give a basic understanding of the theory behind astrology as it is understood in Hinduism.

In the West, with the onset of modern science and the centralized control of the Churches, astrology became divorced from both the developing sciences, particularly astronomy, and  the religious traditions. All this occurred about 500 years ago. Descartes was an astrologer and so were Copernicus and Galileo. Today you cannot find a department of Astrology in any university in the West. This has tended to be the case in other religions as well, but not so in Hinduism. In fact, I have met many Western educated and highly placed Hindus who still hold a deep faith in astrology and who regularly visit astrologers for advice on important issues. Therefore, astrology is still an important requirement for a Hindu priest. Not a day goes by without members coming to a priest for information on muhurta, birth names, and other kinds of astrological advice. Nava Graha puja is one of the most popular pujas performed by a Hindu priest. Therefore, it is worth while to have a general understanding of Hindu astrology. 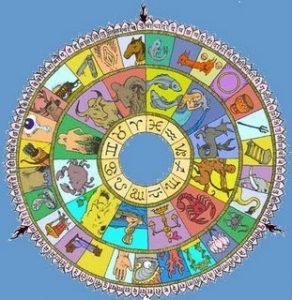 The Workings of Astrology

Astrology works at two levels, one practical and the other symbolic. We already see how various celestial bodies exert unseen forces on terrestrial life and thereby influence the way we act. The best and most obvious example is the influence of the sun and moon on the tides. This is the effect of gravity. Science also shows that a planet, even as far a way as Jupiter, has a considerable gravitational influence, not only on the earth, but throughout the whole solar system. We can also see how the solar wind and storms affect the weather, satellite communications and electrical power grids on earth. Similarly, science shows the existence of unseen cosmic rays and minute particles that constantly bombard the earth from great distances, which even have an effect on genetic mutation. The effect of gravity, solar winds and storms, and particle bombardment indeed determines the way we act on our planet. So may legitimately ask, if these forces can affect terrestrial life, why can the other planets also not affect our lives? Just because science has not measured the influence of Mars and Venus and Saturn on the lives of human beings does not mean that such influences are not there. Cosmic particle bombardment has only recently been measured, and had someone suggested such bombardments 50 years ago it would have been dismissed as foolish by the same science that now informs us about it. Yet virtually all ancient cultures have noted the influence of the sun and the moon and the planets on the affairs of terrestrial life. They tell us that these bodies do exert subtle influences on life that in turn affects the way we think and act. Current science does not recognize and so does not measure these influences yet it is not unreasonable to guess that in the future as science deepens its understanding of the universe, it may come to reexamine the workings of astrology on this practical level.

But this is just one way to understand astrology. Hinduism also speaks of the workings of astrology through the power of symbols because it sees a relationship between the part and the whole, between the microcosm and the macrocosm, or in other words, between the inside and the outside. Consequently, by reading the “signs” of the outside world, the universe, one can achieve an understanding of the workings of the inside world, the individual. There is a famous verse in the Upanishads, (om purnam adah purnam idam, IU Invocation, BU 5.1) that describes how the whole and its parts are related to each other in such a way that the whole exists in each part and each part exists in the whole. Thus everything is related! So by understanding the whole one can understand the parts. Perhaps a way to think of how this is possible is through an understanding of DNA. Within a single strand of hair, a tiny part of the body, can be found all the information to construct the whole body. The part contains the whole. In Hinduism this relationship between the whole and its parts is accepted as a subtle, but real relationship, and one that has had profound effects on Hindu culture, not only philosophically and theologically, but also practically in terms of astrology and even Hindu architecture. 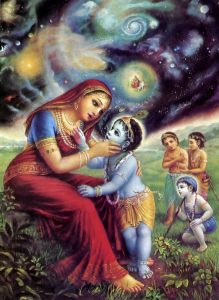 The famous story of Krishna’s Mother Yashoda, who gazes into her son’s mouth and sees the universe, illustrates this idea. Once you begin thinking that the whole is embedded within every part of this creation you can see a relationship between the outer world and the inner world, between the microcosm and the macrocosm. This means that by measuring the outer world, one can grasp an understanding of the inner world. But even more importantly, by influencing the outer world one can influence the inner world. Thus we have the foundations of Hindu astrology. Astrology is a measurement of the outer world that allows an understanding of the inner world. The astrological chart is a snapshot, not only of the universe at a certain time and place, but also a snapshot of the inner life of an individual at a certain time and place. In other words, the planets we see in the heavens have a corresponding set of “planets” within. There is a Mars above us and a Mars within us. Read the meaning of the Mars on the outside and you get an understanding of the Mars within. Align yourself to the Jupiter without and you align yourself to the Jupiter within. This is the understanding behind Hindu astrology.